Oh my gosh! We have reached the end of our mommy-and-me Halloween costumes. I still have our family costume to share on actual Halloween, but this is the end of Ben and my costumes. Since we are closing out the Halloween season and starting to look toward the holidays, our final costume is Baby Grinch and his mother.

This costume started because we say Ben looks like the baby Grinch all the time. He has big brown eyes and similar expressions sometimes. So I decided to just lean into it and make a whole costume out of it. When picking who I would be from that movie, I figured I could be Cindy Lou, but she is popular. I didn’t want to be Martha May because I try to steer away from couples costumes for our mommy-and-me costumes. So I decided to go with his “mother.” He has two women who raised him in the movie, and honestly they don’t get enough love. At one point, he literally says “are you two still living?” So I figured I would give them a nod and dress like his mama.

For Ben’s costume, I found these cute Grinch pants. They come with a really cute Grinch undershirt that he will totally be wearing during the holiday season. For this costume, I put him in a green long sleeve t-shirt. It’s one we already owned that technically had Frankenstein on the front. We just flipped it inside out.

We were going to use hair chalk to make his hair green, but we didn’t quite figure it out and were running on a short window of Ben’s good mood. So we just let him roll with his natural hair and messed it up a little bit.

For my costume, I already owned this dress from a Christmas party a few years ago. I added some Christmas bows to my bun and was ready to go!

I can’t believe we have come to the end of the mommy-and-me costumes. Be sure to check out our family costume on Monday for Halloween! 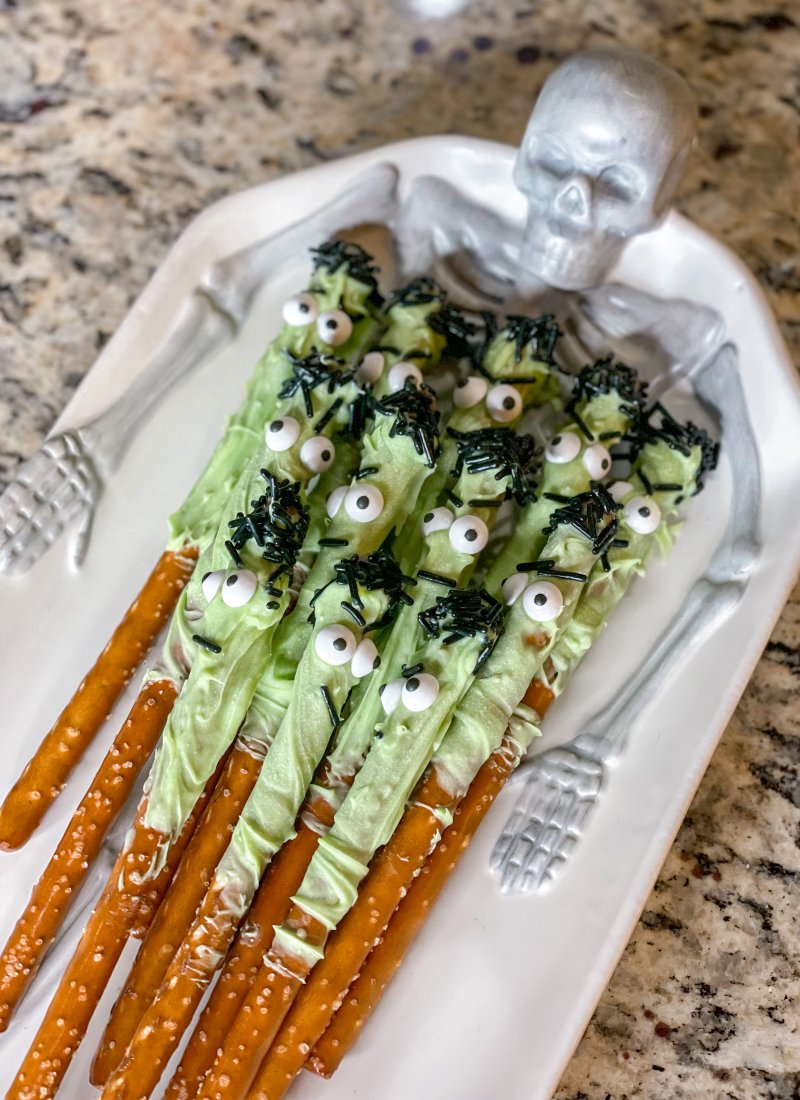 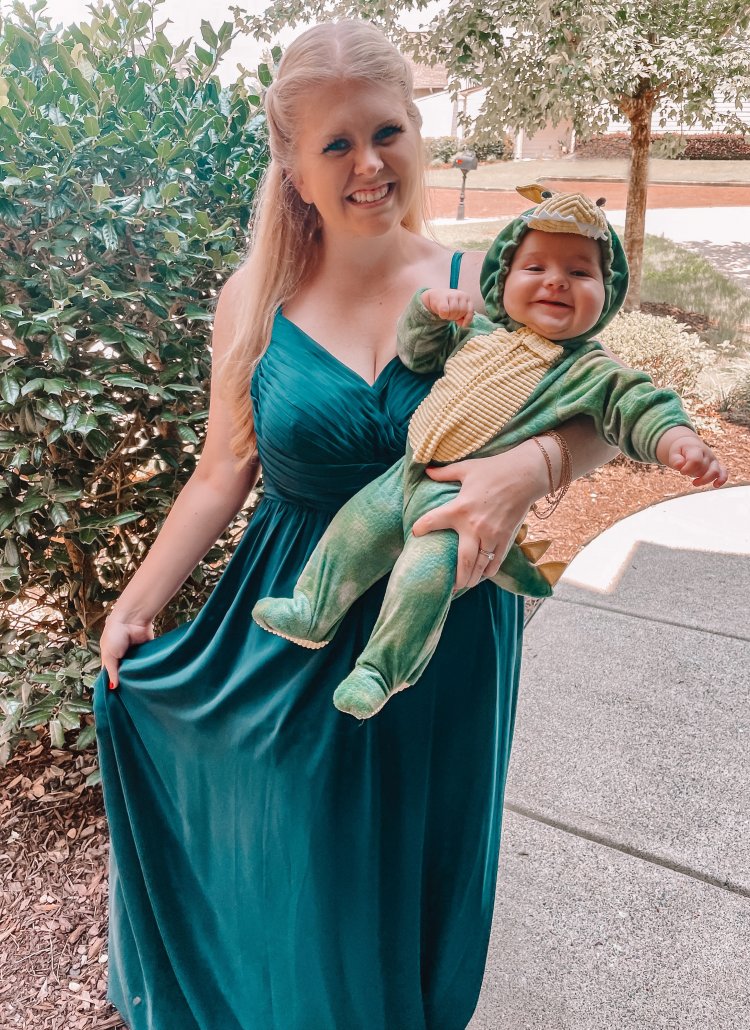 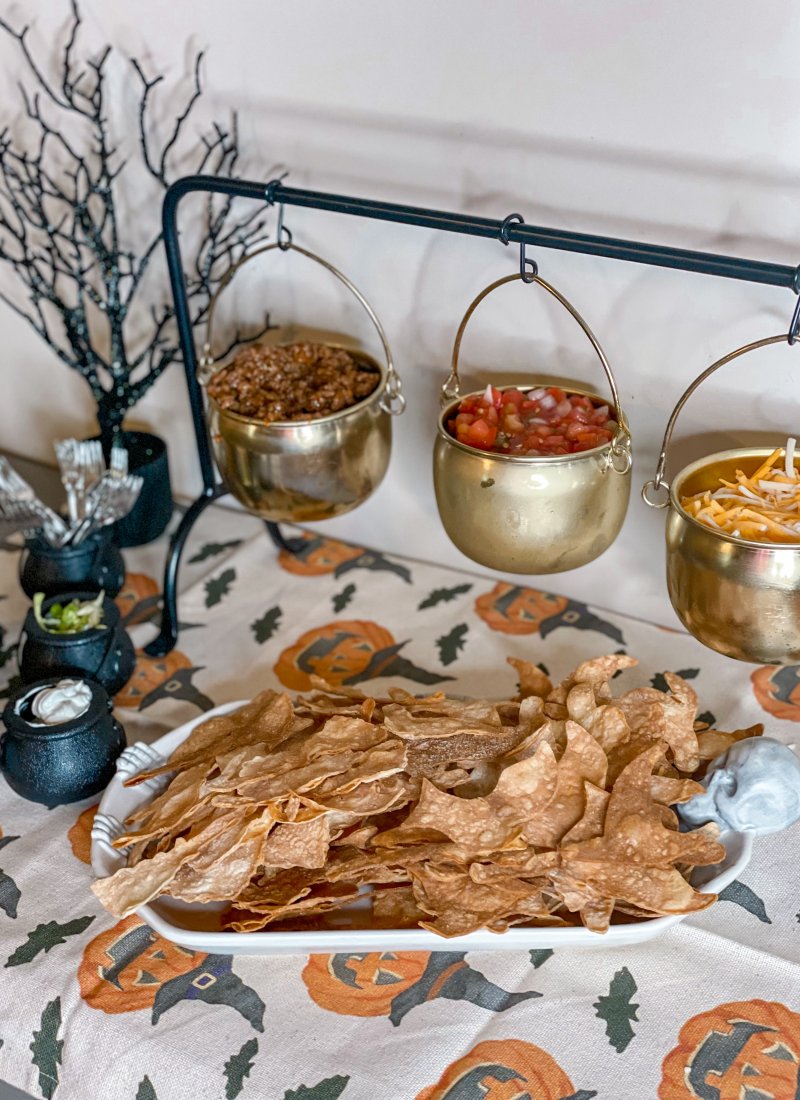 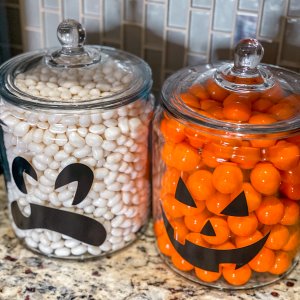 How to Make Ghost and Pumpkin Candy Jars